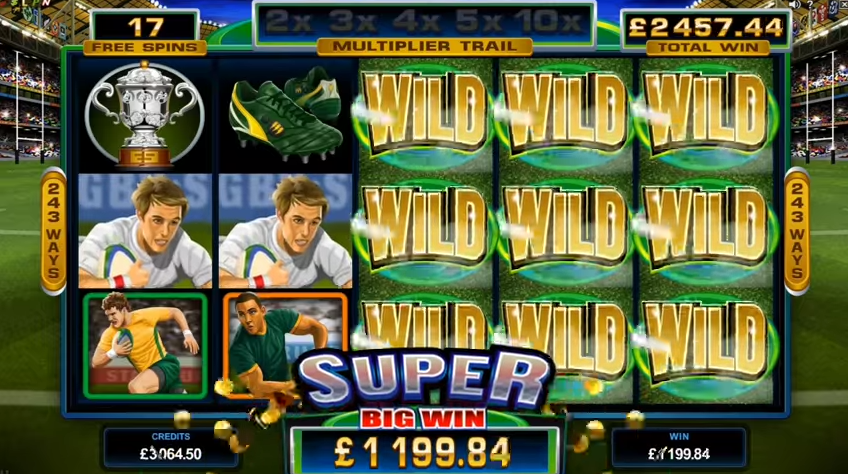 Both Microgaming and NetEnt have recently launched some fun new online slot machines, all of which are now widely available in the real money mode and in the free play demo mode. These two award-winning online casino software providers will also be releasing even more new slots over the coming weeks.

On Wednesday 9th September, Microgaming will be releasing a couple of new online slots including Rugby Star (5 reels and 243 ways to win per spin) and Lucky Zodiac (5 reels and 20 winning paylines) and then in October another two more new slots will be arriving. The two new Microgaming slots that are scheduled for release in October will include Titans of the Sun Theia and Titans of the Sun Hyperion (both have 5 reels and 15 paylines).

NetEnt recently launched a brand new online slot machine called Dazzle Me (5 reels and 76 paylines). “With its vibrant design and unique reel layout, Dazzle Me is a glittering addition for NetEnt. Players will be able to enjoy great features, such as Dazzling Wild Reels, whether they’re playing at home or on-the-go,” said the Chief Product Officer of NetEnt, Simon Hammon. You can play on this new NetEnt slot right now over at Mr Green Casino.

We also found out that NetEnt will be releasing another new slot in October called Hook’s Heroes. This new slot has a Pirate/Treasure theme with 5 reels and 20 winning paylines and it has lots of exciting special features such as the Fairy Feature, the Pirate Feature and the Mermaid Feature. This new non-downloadable slot will also be available in the real money mode and in the free play mode and it will arrive at Mr Green Casino and also hopefully at most other top-rated NetEnt casinos next month.

Speaking about the new Rugby Star and Lucky Zodiac slot machines, the Head of Casino Games at Microgaming, Mike Hebden, said “Two very different games launching in September but both will appeal to a wide variety of players. Rugby Star is the latest in a series of sporting games timed around renowned worldwide events; we expect this to be just as popular as the others in the series.” He then went on to say, “And with the High 1 Zodiac symbol swapping every year, Lucky Zodiac is dynamic and refreshing, standing out from other slots with fixed symbol sets.”